I use the best of scientific and energetic medicine to help patients restore their self-healing vitality. 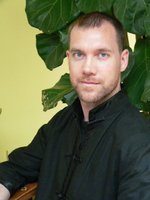